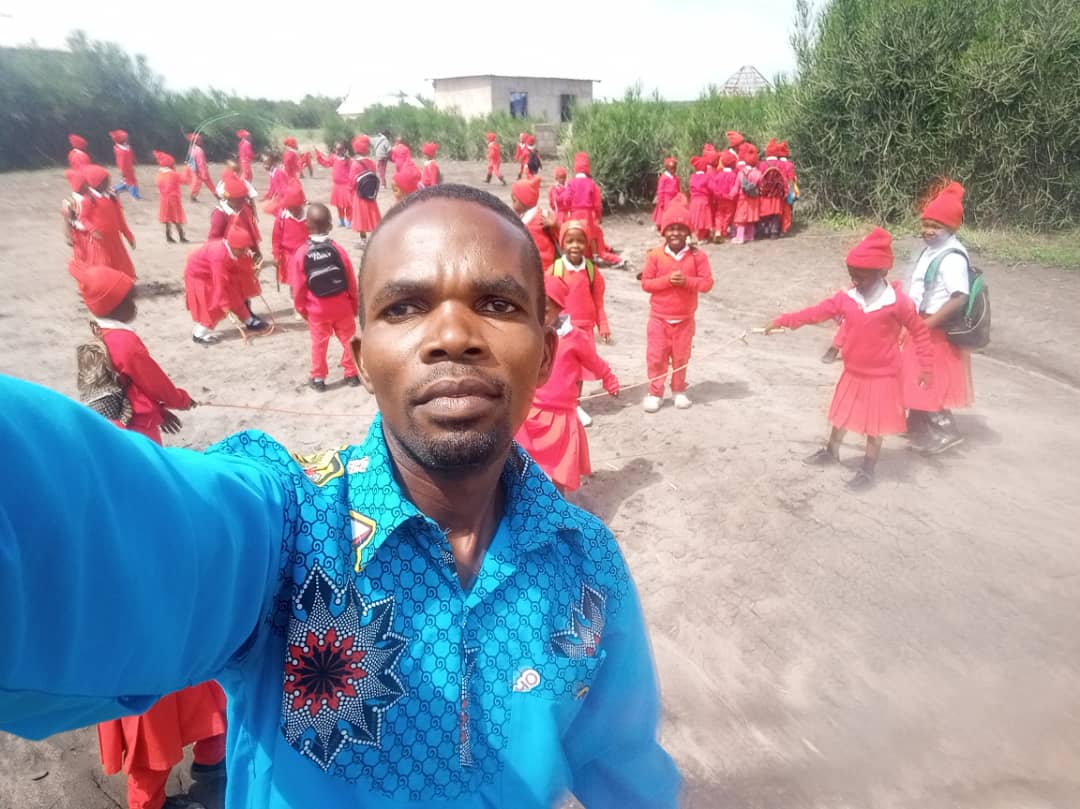 My name is ZAKAYO LAMECK LUCAS the founder and Director of GLORIOUS FOUNDATION TANZANIA.

My settlements are located at Oljoro ward and Oljoro Village in Arusha District, Arusha Region. I am a teacher by professional and also Photographer.

From 2015 to 2017 I have been working as the School Academic Master at Healsun Primary and Technical Secondary School located in the Arusha region.

While being there as the teacher; I was using my weekend and holidays to do my extra work in photography to earn more income.

But on the year of 2017, during schools vacation while I was doing my photographic work, I found two vulnerables children in the street called Mirongoine who were not attending at any school because their parents were not having any money to send them to school; and even a daily meal/food was really a problem to them and from their parents.

I sat down with those parents and started creating a friendly environment with them to find a solution to help their two children.
Officially, in 2017 April I had stopped my teaching career from Healsun primary and Technical Secondary School and remained as the photographer where I tried to find the means on how to support these two vulnerables children by doing an in depth action research in the whole Mirongoine village, and ward.

My research took one year and eight months, which commenced in 2018 up to the month of August 2019.
In general this research report and Impact made me feel really disgusted and bad and later I took an immediate initiative to collect all the most vulnerable children around one thousand kids with life difficulties.

In December 2019; I had an idea to have an organisation that could support these children, later I started a non profit Charity for the purpose of helping these most vulnerable Children.
In January 2020, I rent a room at Mirongoine Village and use it as a classroom for vulnerable children. I also tried to collect those nearby vulnerable children from those one thousand in number, which I got during my research and started teaching them and also giving them few necessary scholastic materials and other needs. But I could not provide all school needs to these vulnerable children because they were too many to afford.

This is where I have had the opportunity to initiate and Start a non profit charity which was registered on 08th May, 2020 to work in Tanzania Mainland. So this is where GLORIOUS FOUNDATION TANZANIA was FORMED as a non-profit Organization, a non Religious organisation and Non Political Organization which is Empowering Youth and Provide Education Supports to Vulnerables Children in Tanzania.

As the founder and CEO of this Glorious Foundation non-profit organisation, I strive to help these communities by providing a safe home and school for Arusha’s most vulnerables children.
With the help of my fellows Volunteers, I have started an English Medium primary school in Arusha District Villages and we are helping children who would otherwise not be able to attend school and get the education which they need and deserve.
The Beneficiaries of the support from Glorious Foundation Tanzania are the villages of Mirongoine,Oljoro, Mbuyuni, Losinyai, Enjoro, Dukalambao, Ujenzi, Donyokumur, Kilimatinde all Arusha District, Simanjiro Manyara Region and Moshi Kilimanjaro Region.

The children of these villages are most suffering with difficult lifestyles. But as the founder and CEO of GLORIOUS FOUNDATION TANZANIA I strived to address most challenging issues and look for solutions to help these Vulnerable Children within these villages and I have planned to support their education from Nursery School to University Level, where they will be able to accomplish their dreams and run their own life successfully.
Despite all success story as the organisation, we still encounter some challenges;

We are building schools to support vulnerable children and now we have eight classrooms in progress and we seek funds to finish these eight Classrooms and start other classrooms.

We accept and welcome other people from any Country to come and work with us in Youth Empowerment and Vulnerables Children Education support.

Help and supports from Donners and Volunteers can also be directed to all children such as orphans and others Children with life difficulties who are getting Education Supports in our Glorious Foundation Tanzania.

How You Can Get Involved

GLORIOUS FOUNDATION TANZANIA seeks partnership with individuals and other national and international organizations for working together as a team and sharing resources and personnel for better performance and sustainability of the underdeveloped poor and marginalized communities in Tanzania mainland.

You can Join us for the